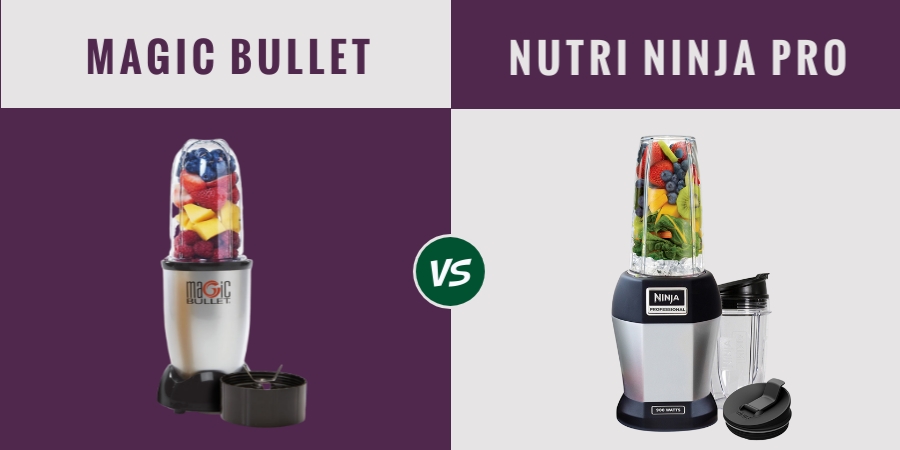 We may earn a commission from purchases made through the links on this page, but we only recommend the products we trust. Learn more.

Magic Bullet vs. Nutri Ninja – which is better? This guide will dig into which of these blenders performs the best. In this guide, you’ll also learn about which model features the best design and durability. With that information, you’ll be able to decide which is best for your on-the-go lifestyle.

I ‘ll be honest – I’ve been on a health kick lately. Now that I think about it, this “kick” has been running for a couple of years. I’m not complaining, of course; in fact, I feel healthier now than ever before. That was partially made possible by adding more exercise to my daily routine.

But do you want to know what helped me improve my health recently? I eat better than ever before. Back a few years ago, I didn’t pay much attention to what I ate. To be specific, my diet left out the fruits and veggies I needed most. As a result, I was missing out on the vitamins and minerals needed to remain fit.

So, when I decided to improve my health, I knew that I needed to add those back into my diet. But I live a very on-the-go lifestyle. I simply don’t have time to crunch down on a spinach salad every day. At the same time, I’m not a huge can of some fruits that I know I need in my diet.

How did I solve this dilemma? It was simple! I started blending up my daily fruits and veggies into portable smoothies. These made it easy to take my nutrients on the go. Better yet, I invested in a personal blender that allowed me to take my blends on the go without any mess or waste.

Suffice to say; my personal blender is my favorite kitchen appliance by far. As such, I’ve tried out many of the top single-serve blenders in today’s market.

This includes the Magic Bullet and the Nutri Ninja. While both models are fully capable in the kitchen, folks still want to know which one is better. I’m here today to (hopefully) answer that question for you.

To make that happen, I’ve taken the time to highlight what makes both blenders “special.” At the same time, I’ve compared these models based upon their core specs and features. Using this information, you’ll be able to select which of these two blenders best meets your blending needs.

What is Special about Bullet Series Blenders

Both the Magic Bullet and the Nutri Ninja are personal blenders at their core. But beyond that, they are also “bullet” style blenders. This is about their form factor, which resembles a bullet and is fairly compact.

In practice, these “bullet” blenders are considered the best among personal blenders. This is because mainly, they are very strong and fast compared to standard blenders.

Most also use a personal-size blending jar that makes a measured single serving. In many cases, those jars can be converted right into a cup, too, using a special lid.

Also, as far as price is concerned, “bullet” blenders are relatively affordable. That makes them perfect for first-time users who don’t want to spend too much. Despite their low prices, these units also pack in a lot of value. This allows them to be often as durable as their expensive counterparts.

Ninja brand blenders have certainly gained a reputation lately. That reputation is well-deserved, as seen in the Nutri Ninja Pro. This model takes an excellent bullet blender and elevates it to the next level.

This can be seen in its 900-watt motor. In terms of power, this motor is almost twice as strong as most small blenders. It has enough power to spin this model’s blades through even frozen fruit.

Speaking of blades, the Nutri Ninja Pro utilizes a unique blade set up. It includes four blades, which are arranged in a butterfly pattern. This allows it to crush up every ingredient without leaving behind chunks.

Moreover, this blade arrangement creates an internal vacuum. In turn, this blender can pull ingredients to its blades without the need for tamping.

The Nutri Ninja Pro is a great value buy as well. At retail, it only costs around $60. But for that price, you get the main blender plus two durable blending jars. These BPA-free jars also double as travel cups when equipped with the right lid (also included).

These cups are sized at 18 oz. and 24 oz., respectively. As such, you’ll always be able to make a blend big enough to match your appetite.

The Magic Bullet first came to fame through its “as seen on TV” ads. But this product is more than just hype. This blender is one of the best in its class. First off, its compact form factor makes it easy to store on your kitchen counter. But despite its size, it has the power to blend smoothies and more.

To do this, the Magic Bullet makes full use of its 250-watt motor at all times. This motor engages this unit’s unique cross blade system in turn. Together, these components can turn many fruits and veggies to juice in seconds. This blender can even take on meats, cheeses, and nuts with relative ease.

The Magic Bullet is also noteworthy for the value it provides to users. To that end, it comes with three blending jars that double as travel cups. Each of these cups is plenty durable, and one even includes a carrying handle.

Each cup also uses this brand’s unique seal system. So, they can lock in freshness without allowing leaks through.

Comparison of the Magic Bullet vs. the Nutri Ninja

How easy is it to operate the product?

How easy is it to assemble and disassemble?

Is it easy to clean?

How durable are they?

What Are Others Saying About Each Model?

What are the Alternatives?

The Original NutriBullet is one alternative you should consider. This NutriBullet blender comes as a package full of value. Though it costs a bit extra, it comes with three jars, 2 of which include handles for easy transport. Also, this blender comes with two blade sets. One of those blade sets can make a mean smoothie. The other blade set, meanwhile, can mill hard ingredients with ease.

As an alternative, you might consider picking up the NutriBullet Pro. This model is an upgrade from the original NutriBullet, especially when it comes to power. It has a 900 watt motor at its core. It also features reinforced stainless steel blades that won’t lose their edge in a hurry. You’ll even be surprised at how many colors this model comes in!

Q. Which bullet blender is best?

A. Between the two models covered above, I tend to side with the Nutri Ninja. I appreciate its core power and durability because of how much I use my blender. It is a bit noisy, but that doesn’t bother me much. The Magic Bullet comes in a close second. Its versatility is impressive so that I can recommend it as well.

Q. Which Ninja bullet is the best?

A. Ninja has a lot of great models on the market today. Out of them all, I prefer the Nutri Ninja. Its size made it a perfect addition to my kitchen without sacrificing motor power. To that end, the Nutri Ninja is capable of crushing up frozen fruit, which few other bullet blenders can claim. This model uses the same durable components as other Ninja blenders, too. So, you can count on it to last through many, many uses.

Q. Which is a better: NutriBullet or Magic Bullet?

A. My answer here depends on what you are looking for in a blender. If you want power and durability, go with the NutriBullet. But, if you are interested in versatility, then the Magic Bullet would be a better pick. The Magic Bullet is also cheaper. So, it is a better pick for shoppers on a budget.

Conclusion: Which is Better Magic Bullet or Nutri Ninja?

So, we’ve come down to it. If you’re hoping to hear my opinion on which blender is better, don’t hold your breath. I believe both of these blenders are great options. However, I do think that some users will find one model or the other more useful.

With that in mind, I recommend the Magic Bullet to folks who want versatility. These blenders can grind up nuts and beans, as well as it blends up fruit. They’re also very affordable. For that reason, I thoroughly recommend this model to new users who don’t want to overspend on a new blender.

Meanwhile, if you’re an experienced user, you’ll like the Nutri Ninja. This model’s pulse activation is very sensitive. This allows you to get a perfect blend of texture without any extra effort.

At the same time, this bullet blender is built to last. That includes this model’s several blending jars, which are built from a resilient BPA-free plastic material.

We save you money and time with reviews of the products we trust. None of our reviews are sponsored. JuicersPlusBlenders.com is a participant in the Amazon Services LLC Associates Program, an affiliate advertising program designed to provide a means for sites to earn advertising fees by advertising and linking to amazon.com. Learn more. 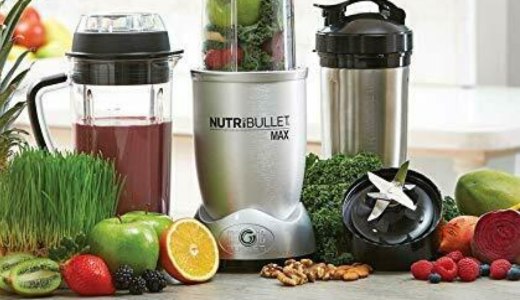 What is the Best NutriBullet Blender for Your Needs? 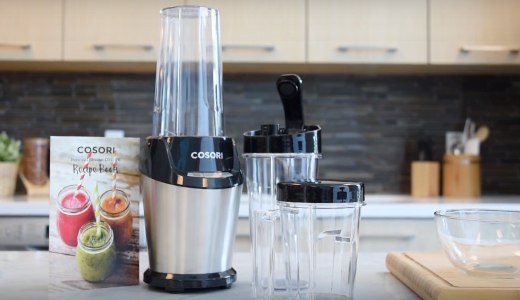 Which is the Best Bullet Blender? 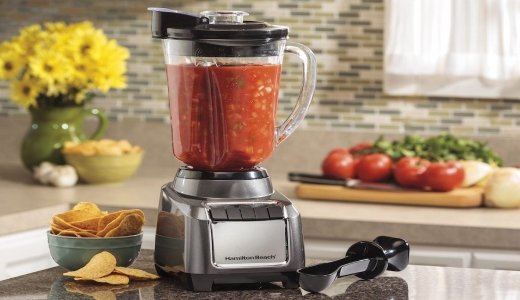 Is it Worth Buying a Cheap Blender? 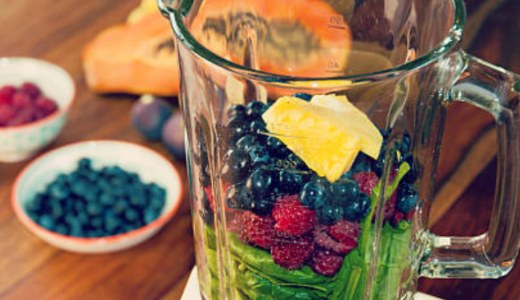